Why I will Vote Leave: Risk, Reward and Misinformation

We've asked our campaigners to share the reasons they have decided to Vote Leave...

The more informed I have become, the more alarmed I am about what remaining in the EU really means. The more I understand, the more I see how disingenuous the misinformation flow has been and how at risk the City really is. If you work here, I hope this assessment of the issues will bring more clarity.

Firstly, we all want the City to continue to prosper and thrive – not only for the people that depend on us, for ourselves, and for our employers, but also for something less tangible: namely, that the City is the heart of international finance, and the pulse of London. 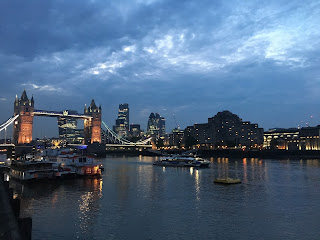 But, the debate has circled threateningly over the heads of all of our jobs. At one end, there’s conjecture: “I’m told by my City friends that all jobs are at risk” – says Sir Stephen Wall, a Remain-side Debater. At the other, there is the far more direct, “tens of thousands of City jobs are threatened by Brexit” as claimed by our own Exchequer.

As such, the prospect of a Brexit has caused many of my friends and colleagues across the City to view the question as a head vs heart proposition – to reluctantly settle on remaining in the EU, rather than face the prospect of losing their job or being unable to pay mortgages. The reality is though, that these are threats we all face whether we remain in the EU or not. We need to acknowledge that and set aside our fears to avoid conflating these issues. Choosing the 'head' in this scenario, going with the 'safe option', is not as one-sided and concluded as the government would have us believe.

We know as an industry, and as individuals, that our success is a measure of our intellect, our ability to innovate and our capability to assess risk. Today, as the recognised capital of FinTech, we discuss the potential for disruption: from block chain to digital assets to smart contracts, we anticipate the potential of emerging and expanding markets, not member states. We assess how we service our customers, keeping up with the cost of compliance. We mobilise our HR departments to find the best talent. We market our businesses as global, responsive and adaptable.

What we are not discussing is further integration with a contracting EU bloc. We are not proposing financial transaction taxes. Nor are we dictating short-selling bans, or suggesting increases to corporation tax. We are certainly not debating joining the Euro. Crucially we are not increasing our financial services exports to the EU.

And yet, perhaps surprisingly, these are all stated aims of European Union. They are intrinsic to its ideology and vision as laid out only last year in its 'Five Presidents’ Report', ominously titled ‘Completing Europe’s Economic and Monetary Union’. It details the mechanism to bring about a Federal Europe –  with more integration, with more regulation, with a network of financial services capitals spread across Europe. Not one, not ours.

Positively, in the event of a Brexit we can defend against this. And, as MiFID II and Equivalence will be in place several months, if not years, prior to an elective Brexit, there is every reason to believe that we will enjoy the same access in financial services in the future that we currently have as an EU member, and so can proceed with certainty.

The establishment voices would have us believe that the "rational" choice is to remain, but the threats they warn of - a City whose role is heavily diminished, jobs moved to Europe, inability to remain competitive, and free trade restrictions – are threats the City constantly faces. The best course of action to hedge and manage these risks is to leave, so we still have the control needed to protect the City and our livelihoods. After all, as we all know: relying on misinformation to determine risk and reward, only leads to a missed trade. There is in reality no need to choose between head and heart.