Why fund managers are backing Brexit

The City needs to repeal and revise damaging overregulation and open its doors to global talent in order to stay ahead of competitors in New York and Asia. European financial markets will continue to be focused on the City post-Brexit and Britain will become a hedge against continued Euro turbulence for investors into Europe.

It’s noticeable that a great many of The City for Britain supporters are fund managers, who of course have for the most part a global vision. And that vision tells them that the greatest prospects for expanding their business and for good investment opportunities lie in the rapidly expanding economies beyond the stagnating EU.

It also tells them that their main competitors are not on the European continent at all, but in New York, Singapore, Hong Kong and Dubai. They know that to survive and prosper they must operate, yes, in a well regulated environment, but one where prescriptive overregulation and other inimical, often politically driven, measures do not tie their hands behind their backs and drive business offshore to more attractive financial centres. 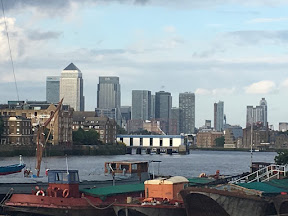 They hate the Alternative Investment Fund Managers Directive (AIFMD) which targeted the massive European hedge fund industry, the vast majority of which is managed in the UK, and introduced totally unnecessary transaction and investor due diligent costs on a sector whose risks were well understood and whose economic benefit in terms of helping innovative new businesses and in corporate recovery is pan European.

They equally loathed the short selling restrictions which reduce liquidity in a highly sophisticated market and the higher fixed costs created by the bonus cap regulation which had the perverse effect of substantially increasing base salaries. And of course they stand firmly against Financial Transaction Tax (FTT) which will, as it did in a historic failure in Sweden in the ‘80s and ’90s, drive business offshore to friendlier regimes and only serve to increase transaction costs to the disadvantage of pensioners and others investing their hard earned savings.

And they know that it’s going to go on. Qualified Majority Voting applies only to the limited activities of the European Central Bank and, in any event, ends when the non Eurozone countries fall to four - which will occur by 2020. The perceived interests of the faltering Eurozone will continue to dominate regulation and financial policy in a key British industry where the UK has the lion’s share of the market, for the benefit of all Europeans, but only 1 in 28 of the votes. And the European Court of Justice, whose members are politically appointed in the main and only 30% of whom have any judicial experience, will continue to override the cream of our legal profession in our Supreme Court.

They don’t fear their ability to do business in the EU post Brexit for they know that the earliest that the latter could formally occur is mid 2017 by which time the UK will have fully implemented the so called MiFID II. Britain will therefore have at the time of leaving an identical regulatory structure for fund managers as that of the EU, and MiFID II provides that they can therefore go on operating on an “equivalent” basis, that is without having to establish and obtain authorisation for separate legal entities within the EU.

What’s more, with an Australian based points system, they can attract the best talent to London from anywhere in the globe, without having to surmount the costly and time consuming current barriers to obtaining non-EU work permits.

Finally, underlining their confidence, they believe that investing in a post Brexit Britain will increasingly be seen as a safe hedge against continuing and inevitable Eurozone turmoil and disruption. The UK will be the preferable option for fund managers throughout the world, including the EU, in assessing pan European asset allocation opportunities.

So UK fund managers can look forward post Brexit to continue to set the pace in their global industry, unfettered from unnecessary and damaging measures and looking to invest further in this country, located in the world’s greatest financial centre and staffed by the best the world can offer.

Posted by The City for Britain at 1:14 AM